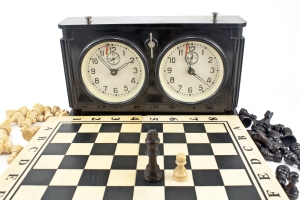 In earlier articles in this series, we addressed the types of patent cases most likely to be arbitrated, formulation of arbitration clauses,  the federal statutes governing arbitration of patent matters, considerations regarding use of experts in arbitration, and the final pre-hearing schedule regarding pre-hearing exchanges of information as well as witness lists, document lists and briefs.  We now turn to the hearing schedule.

Planning for the hearing.  Counsel will be asked for their estimate of how long the hearing will take.  Here are a few guidelines for that.  Things tend go two to three times as fast in arbitration as in most courtrooms.  Breaks tend to be fewer and shorter, and there is generally much less need for preliminaries.  The arbitrator is already quite focused on your case and, having read your briefs and dealt with other aspects of the case, is likely to be familiar with the background.  Generally, the exhibits will go in faster and there is no need for sidebars and complicated evidentiary arguments, although at least some issues in that regard are bound to arise.  There may or may not need to be closings.  But when estimating your time for the case, remember that your opponent is allowed to cross-examine your witnesses and present witnesses.

It often makes sense to build in a “spillover day” into the schedule, so that everyone has their schedule clear if it some extra time is needed to complete the hearing.  Trying to resynchronize schedules of counsel, witnesses and an arbitrator or panel to finish testimony of  a witness or two can delay the conclusion of the arbitration by months.

Transcripts.  You will probably be asked whether or not you want the proceedings transcribed.  On the positive side, having a transcript provides a record that can be used in a complicated case for the arbitrator to study.  If the case requires post-hearing briefing, access to a written record can make those filings more meaningful.  And if you hope to attack the award on appeal a transcript is almost mandatory to give a reviewing court some idea of what occurred.

On the other hand, transcripts are expensive and taking time for their preparation can delay the proceedings.  The standard of review is so high for overturning an arbitration award that a transcript likely won’t assist you in any event.  In fact, you may not want to encourage judicial review of the award by having a transcript.

Most arbitrators I know like to have a transcript, particularly for a longer hearing with complicated facts.  It is likely more accurate than notes taken over many days.  On the other hand, most commercial cases involve documents which contain much of the evidence, so a transcript may not be as useful enough to justify the cost.

You may not need to make the decision regarding the transcript at the first pre-hearing conference.  For example, AAA Commercial Rule 28 requires that you notify the other party three calendar days in advance of the hearing that you will have a court reporter and has provisions for the use and payment of the transcript.  You will likely be in a better position to decide whether or not you want a transcript as you are closer to the hearing.  Just don’t forget to address the issue at the appropriate point if you don’t make a decision at the first pre-hearing conference.

Standard or reasoned award?  You probably will be asked whether you prefer a standard or reasoned award.  A standard award basically says, ” I find for party X in the amount of $X.”  No reasons are given. A reasoned award provides the decision and also the reasons for the decision.  Findings of fact and conclusions of law can also be requested, though I have never seen a party want that much detail.  Most parties prefer a reasoned award.  They like to see why the arbitrator decided what he or she decided.  It also can provide a basis for judicial review, which can be a positive or negative depending on how you did at the arbitration.

Under AAA Commercial Rules, you are not entitled to a reasoned award unless the arbitration clause requires it.  Most arbitrators will, however, provide such an award if both parties ask for it. But not all.

There are possible negatives to a reasoned award.  The first is you have to pay the arbitrator or panel to write it.  The second is it can encourage a party to seek judicial review.  Without it, there is little to review.

You will do well to think through the “details” of the matters addressed above so that the procedures make sense for the specifics of your case.  Knowing what makes sense and being able to explain why will help the arbitrator put procedures in place that will help keep the arbitration efficient and effective.

Next up.  In the next article we begin to address the hearing itself.