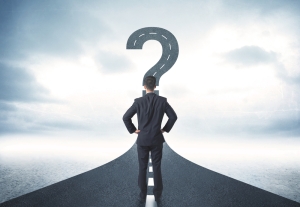 We have previously had a look at many aspects of arbitrating patent cases, beginning with the type of cases likely to be arbitrated, arbitration clauses, and the arbitration process up to the hearing.  We then began looking at the hearing itself, beginning with sequestration issues that can arise and, finally opening statements.  We have now arrived at the beginning of evidence and how most effectively to begin.

There is no one way to start, of course.  But the standard for admissibility for evidence in an arbitration presents some possibilities for efficiently presenting each party’s case that are worth exploring.  Let me give you a couple of examples I have seen that have worked well.

A first approach, and one that is very common, is having the most involved or responsible representative of a party narrate most of the facts involved, often in chronological order.  This is more likely to be effective in an arbitration than in court because of the standard for admissibility.  The standard set forth in AAA Commercial rules is, for example:

Because the real key to admissibility is relevance and materiality, it is possible for one witness to “tell the story” of a party by both relating personal experience and relying on business documents that help to tell the story. This is particularly useful because many arbitration issues turn on contracts and written documents.  Thus, a knowledgeable witness can introduce the key documents and much of the evidence in the case in a logical order.  This may be more difficult to do in a court where there are strict standards for laying foundation, hearsay problems with documents and related technical evidentiary matters to address. Many of those are obviated in an arbitration where, in the words of AAA Rule 34 “[c]onformity to legal rules of evidence shall not be necessary.”

A note of caution is in order here.  Just because the rules of evidence don’t apply, doesn’t mean that anything goes.  First, again in the words of Rule 34, “[t]he arbitrator shall determine the admissibility, relevance, and materiality of the evidence offered and may exclude evidence deemed by the arbitrator to be cumulative or irrelevant.”  So taking things too far and having a witness introduce a document that he or she knows nothing about and isn’t part of what one would expect to be in a company’s normal business records, may not be seen by the arbitrator as useful or relevant.  Have in mind that it should be clear that the witness, the testimony and documents introduced have enough in common that it makes sense the witness would be offering the testimony and evidence to provide a genuine understanding of the issues.  After all, getting a document or testimony into “the record” only means it is in there.  It doesn’t mean anybody will be persuaded by it or believe it.

Still, you likely can get into evidence documents and evidence that may not have gone in under technical legal rules with your first witness, but that are helpful to understanding the important events in the case in a logical order.   But for contested matters at the heart of the dispute, keep in mind you should be prepared to present evidence from the witness who wrote the document or observed the events described in it to provide first- hand information necessary for the arbitrator to determine the truth of the matter.

Another effective way I have seen of presenting evidence at the outset to outline the case was use of a technical expert.  The key to the case was the expert’s opinion, which was based on most of the evidence in the case, including all the key documents.  Thus, as the first witness, the expert basically gave each of his opinions on liability and backed it up with the key evidence on which he relied.  This was not a patent case, but was a fairly complex dispute over whether a software system met the specifications and representations about its functionality.  But one can imagine a similar approach to whether, for example, license fees are owed for certain products under the terms of a license agreement and underlying patent or the like.

When representing a respondent, a similar approach is available, using an involved and responsible witness or perhaps a technical expert.  While a fair amount of groundwork for the respondent’s position will likely already have been presented on cross examination, a coherent overview of the most important defense points can be made through a single witness.  And, of course, the respondent will have the benefit of knowing what points the claimant has emphasized in their case and be able to outline the key evidence in response to each point.  Again, contested matters will need to be addressed by other witnesses more directly involved, but providing a well-organized overview of the defense through a first witness can be quite effective.

Of course, the above approach won’t necessarily work for every case.  There may not be one witness who was really involved enough with the key facts and circumstances to provide a useful overview.  It may be that one event or issue is so important to the case that you would want to lead with your best witness on the point.  Or it may be that the subject matter of the case best lends itself to a few witnesses that have knowledge in one or two of each of the key matters in the case.

But however you end up doing things, you will want to pay attention to the most effective and efficient way to provide an understanding of the key issues and evidence at the outset.  In the end, the arbitrator will likely be able to piece together the case from evidence you present during the course of the proceeding.  Yet, finding ways to get the key information and issues out at the outset is worth the effort.

Up next:  Practical considerations regarding evidence.